Skip to content
Home / News / WannaCry Making a Comeback? Here’s What you Need to Know 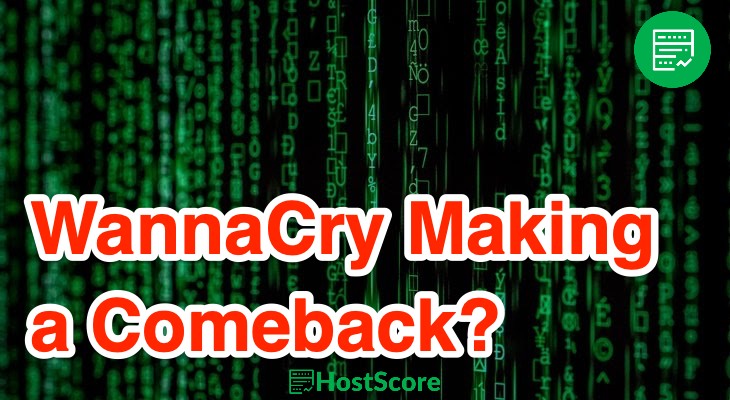 This malicious software took over servers exposed by the ProxyLogon vulnerability, increasing the volume of attacks on this vector.

On March 14, Microsoft estimated that 82,000 Exchange servers were vulnerable. According to RiskIQ data, the number of exposed machines fell to around 30,000 a week later.

But, Check Point showed over 50,000 attack attempts at various organizations. This included:

In all, 49 percent of the attacks targeted U.S organizations only.

WannaCry Making a Comeback as DearCry?

The latest DearCry ransomware has revealed an unusual encryption attack behavior like WannaCry.

Mark Loman, director at Sophos, analyzed samples obtained from a deflected attack on one of their clients.

The analysis revealed the ransomware was crude and did little to conceal its presence. Thus, created by someone with rudimentary skills.

He added that victims of copy ransomware could recover some of their data. But, with in-place encryption, recovery via undelete tools is impossible.

In addition to these similarities, the WannaCry and DearCry have similar names and header added to encrypted files.

He also pointed out that these similarities don’t mean they have the same creator. After all, he’d found inherent differences between WannaCry and DearCry too.

For instance, DearCry doesn’t have a timer or use an embedded RSA encryption key or command-and-control (C2) server.

Another critical thing to note is the ransomware attacks one system at a time; not every machine on the target’s network.

All these features suggest that DearCry was either rushed or a prototype.

What’s the Way Out?

DearCry places a “readme.txt” file in every system folder with the word “desktop.” It also puts the file in the system disk root folder and tells the victims what happened and who to contact.

This ransom note includes two email addresses as well as a hash. This hash acts as a unique identifier for the attacker, indicating which decryption key corresponds to which attack.

Since a server vulnerability caused the ransomware attack, installing patches is the next logical step.

Or disconnect their servers from the internet if patching is impossible. At least until there’s a viable solution, Loman explained.

The Microsoft browsers, Microsoft Office Suite, and Windows OS line are its popular software products. Besides this, Microsoft also runs its line of servers for enterprises.

But, if you’re a small business owner, you’ll not need a Microsoft server. Head over to our review page to know the pros and cons of different web hosting solutions.