Skip to content
Home / News / Shopify Merchants Sell Over $2.9 Billion In One Weekend 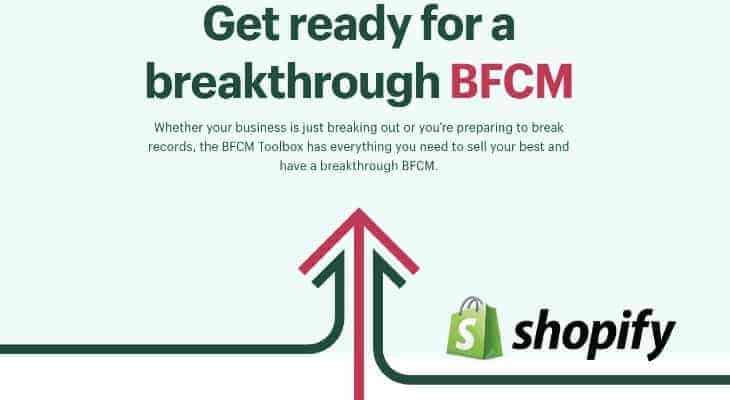 Shopify merchants broke their old sales record to set a new one in the 2019 Black Friday/Cyber Monday period. The platform has over one million sellers who sold more than $2.9 billion in that one weekend. That’s more than $1 billion more than they did in 2018, where they had sold $1.8 billion.

This sales record, according to Shopify, demonstrates the power of its borderless commerce as small businesses can sell to anyone across the globe.

Shopify factored the start of their Black Friday from New Zealand to the end of Cyber Monday in California, in their estimations. The platform has merchants in more than 175 countries.

A Preference for Direct-To-Customer Brands

From the kick-off to the end of the BFCM period, Shopify recorded that more than 25.5 million shoppers bought products from Shopify merchants. This trend revealed that buyers are now bypassing third-party sellers to find and shop from brands directly.

Shoppers in the US had led the Black Friday/Cyber Monday tradition, but it’s quickly becoming a global one. According to Shopify, their shoppers spent an average of $83.05 for every order.

Canadian shoppers spent the most money on average at $96.30, whereas consumers from France and the United Kingdom where more conservative with their spending. Buyers from France spent $66.86 on average and those from the UK spent $67.01.

Shopify’s top-selling cities for this Black Friday period were London and Toronto. Whereas, Spain, UK, France, and Germany came tops among countries with the highest sales across the globe.

More so, this year’s Black Friday/Cyber Monday saw a boost in Cross-border shopping. Checkouts shipping across countries stood at 19%.

Shopify reported that, for the year 2019, mobile has remained the favored shopping channel by online buyers. Shoppers used phones and tablets to buy items 69% of the time, but they used desktops only 31% of the time.

Just before the start of the Black Friday/Cyber Monday sales, Shopify introduced its BFCM Live Map. The tool makes it easy for anyone to track the sales made on the Shopify platform in real-time throughout that period.

Users can see data to any level of detail they like; from granular patterns to global trends. BFCM live Map users can access it in English and seven other languages, including

Users can also see non-USD checkout notifications as they happen.

Shopify prides itself as the number one multi-channel commerce platform. The platform’s merchants leverage Shopify to design, set up and manage their stores. These merchants sell across channels like

More so, Shopify gives its merchant a dashboard to access their business data from payments to shipping. The platform accommodates all types of businesses regardless of size; it avails enterprise-level technology to businesses, both small and large ones. Hence, small businesses can scale and grow as they need.

Shopify has its headquarters in Ottawa, Canada. It powers more than one million businesses in over 175 countries. Brands such as MVMT, Unilever, Allbirds, Kylie Cosmetics, and many others have come to trust the platform for their eCommerce needs.

Can Your eCommerce Platform Deliver the Results it Promised?

HostScore helps you determine the best online platforms for your eCommerce needs. If you’re considering Shopify, then you want to take a closer look at the platform before you pull out your wallet. Find out more about Shopify’s pricing, features, and benefits here.