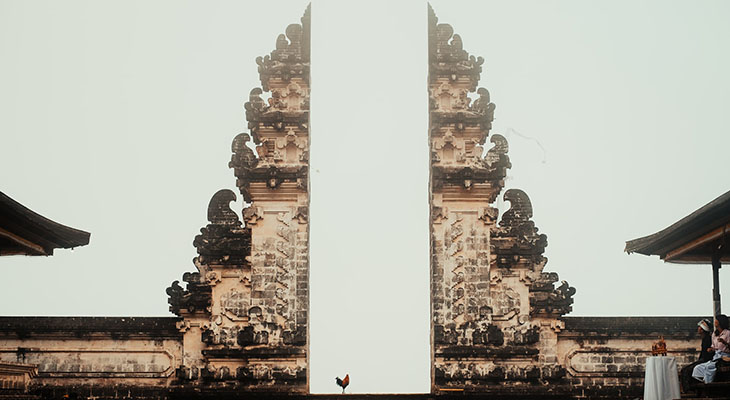 Indonesia’s large population has captured international attention. Even in web hosting, International providers like Hostinger have chosen to localize rather than alienate such a potentially lucrative market. 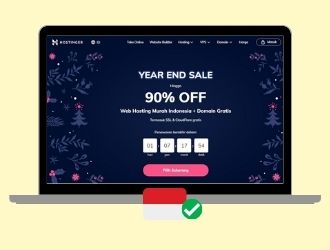 Available as a dual-brand in Indonesia, Hostinger is the best choice that combines strong localization with international standards of operation.

Hostinger is a brand that many should be familiar with. It has been growing strongly over the years and today boasts over 29 million users. Originating from Lithuania, the company understands that language is a barrier that is often hard to overcome.

Because of that, Hostinger has spread its wings and today has subsidiaries in 178 countries. For Indonesia, it has approached the market with a dual-pronged strategy. First with a localized version of its main brand, and then again more directly in 2013 as Niagahoster.

Technically this means Indonesians can choose to work with either company under the brand. Both offer the same key benefits such as access to international data centers, localized content, and of course, plans tailored for their unique needs.

Of course, the Hostinger brand is one which is much better recognized internationally. Because they service a larger target market, the service level of Hostinger, even their Indonesia-specific platform, is likely to have the competitive edge.

Learn more about Hostinger from our review 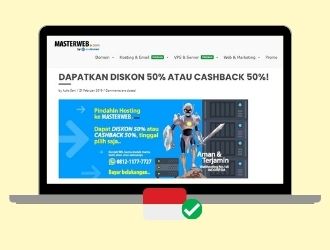 Best known locally under its Masterweb brand, Exabytes has captured a big share of the market in the country. It caters to both personal and business users.

Exabytes is a rare web hosting giant that has sprung from within Malaysia. Having outgrown the country, it has spread across the world and today operates in multiple areas – one of them being Indonesia.

Much like Hostinger, Exabytes understands the strength of strong localization. This has led it to the company following suit and serving the Indonesian market under dual brands – Exabytes Indonesia as well as Masterweb. Only the latter is locally established though.

Unlike many web hosting companies that seem to focus primarily on consumers, Exabytes looks towards both sides of the equation. It has strong marketing on the business end of things as well including offering services for business needs.

For Indonesia which has a significant SME presence, this can be especially helpful and is a big part of the reason for their success in the country. 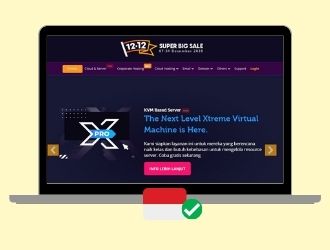 With many web hosting plans built strongly based on local needs, Jagoan Hosting is truly built from and for the right market.

If supporting an international business doesn’t appeal to you, Jagoan Hosting is a truly home-grown brand in Indonesia. Owned by Beon Intermedia group, it has been in business since 2007.

On the surface the company may seem to lean heavily towards the corporate side of things but they actually have some very surprising consumer hosting plans. These are all Cloud-based but come with a few unusual characteristics such as a host of developer-friendly tools.

Still, their hosting plans look great with generous resource allocation starting from 500MB, and lots of freebies thrown in as well. If those aren’t enough to meet your needs, there are always their Virtual Private Server (VPS) plans to consider as well.

Choosing a Web Host for Indonesia

Sometimes it helps if you know the language. For hosting providers in Indonesia, this is perhaps the single biggest factor to capturing market share. While local companies like Jagoan Hosting may do well at this, International providers face a bigger hurdle.

Of all countries in Southeast Asia, Indonesia has shown one of the most stunning development rates in the Internet economy. With growth in this sector seen at over 40% annually, it has been too big a temptation to large companies.

The combination in development of Internet penetration, infrastructure development, and foregin investment has turned the nation into a ripe feeding ground for web hosting companies. Yet despite this, challenges do remain – for example the need for localization in language and support.

In many countries, we’ve seen local web hosting companies often lose out to global competitors. Here though, it’s not so easy.

Indonesian, or Bahasa Indonesia, is the official language of Indonesia. However, past this is where things get a little complicated. Instead of having a primary language that’s closely followed up with a second such as English, Indonesia is a bit different.

Although most people can speak Indonesian, there are many other dialects which serve as main spoken languages other than that. For example, Javanese, Sudanese, Madurese, and Minang. While this is fine, it does make the entry of predominantly English-speaking companies a bit difficult.

This is especially true since web hosting is not a business where companies typically need a local presence to function. In fact, most will operate globally out of a single point of presence, with the exception of data centers in strategic locations around the world.

For this reason, most web hosting companies that do well in Indonesia are the ones that have chosen to embrace the challenges. Companies like Hostinger operate out of multiple offices globally and Indonesia is one of their chosen destinations.

At the same time, strong web hosting companies originating from within Southeast Asia are few – but present. Formidable options like Malaysia-grown Exabytes have not only expanded across the region but have localized to strong effect.

For Indonesians, this means a good mix of strong web hosting providers that not only operate to international standards, but also look, feel, and sound local.

Other Highlights to Consider for Indonesian Web Hosting

While it’s true that localization is hard to beat when considering hosting for Indonesia, keep in mind that there are other areas to consider as well. From a bird’s-eye point of view, keep in mind that websites typically still need to cater to a global audience.

Even if only serving an in-country target visitor crowd, you need to meet some global standards. Let’s look at some of the key areas to pay attention to;

While people can access websites directly, there’s no avoiding Google when it comes to the crunch. Search engines are the primary means that you’ll get visitors so meeting Google guidelines is crucial for your site to perform well.

This is especially true when considering speeds that web pages load at. No matter how much you fine-tune your site – part of the result will be dependent on your web hosting provider’s servers. Slow speeds will impact your Google search rankings.

At the same time, reliability also factors in. Knowing how often a hosting brand’s servers go down can help you choose a hosting partner that helps keep your site image high. After all, you don’t want to lose any visitors due to site unavailability, right?

While we always love companies that work according to international Standard Operating Procedures (SOPs), sometimes it’s simply better if customer support can understand the customer. This doesn’t just mean language-wise, but knowing the real needs and context of conversations.

It can be difficult for even expert customer support in a foreign country to deal with local problems. If things were only on a technical front, that would be fine. But what if you needed something specific and the support agent simply can’t wrap their mind around it?

This is why it’s often better to find a web hosting partner that has established a t least some modicum of presence in-country. At the very least, they know the people, the economy – essentially, they know your needs.

Not everyone has a credit card or even one that works easily with international payment gateways. It can also be frustrating to have to convert currencies metnally just to see what kind of deal you will be paying for.

A web host that offers prices in local currency isn’t only good for that though. Most of the ones that do so have also often taken into consideration how much that local price they charge will impact you.

Web hosting for Indonesia is actually quite a good space for users in the country. If you need a web hosting provider, be aware that there are global companies that are present in Indonesia. These make a better choice since they combine high operating standards with local needs.

Timothy Shim is a writer, editor, and tech geek. Starting his career in the field of Information Technology, he rapidly found his way into print and has since worked with International, regional and domestic media titles including ComputerWorld, PC.com, Business Today, and The Asian Banker. His expertise lies in the field of technology from both consumer as well as enterprise points of view. 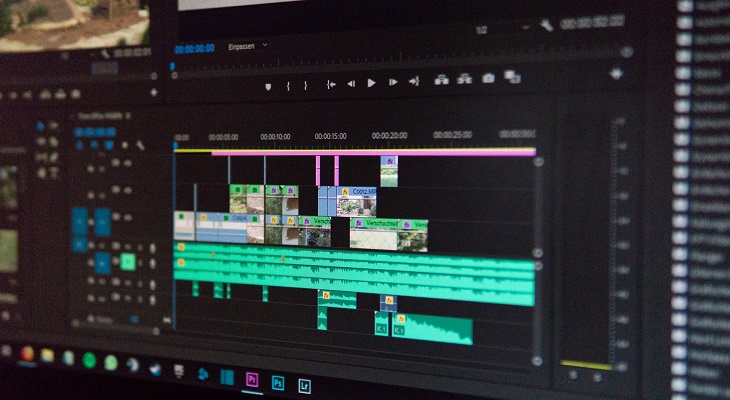 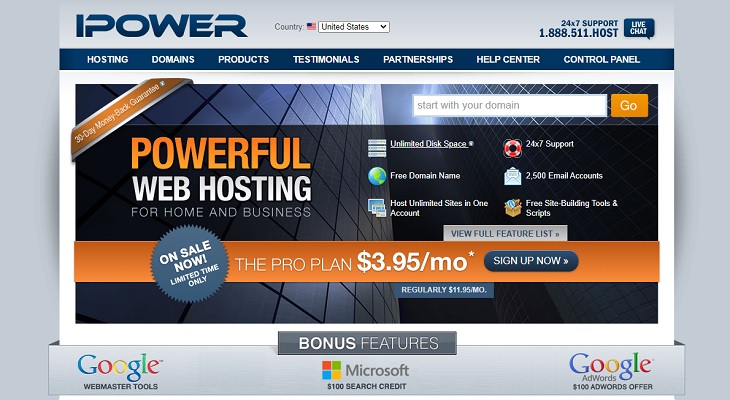 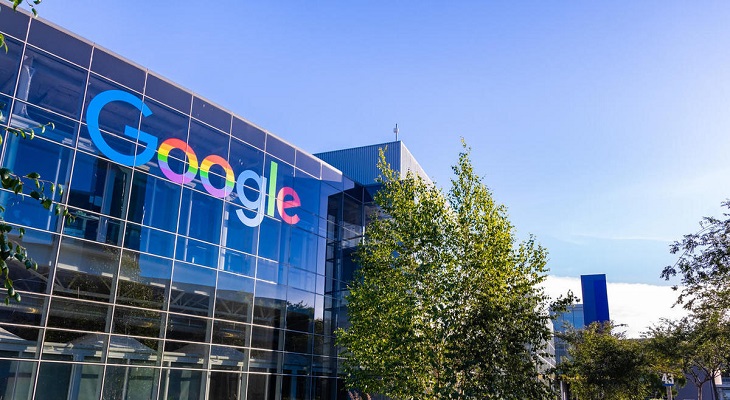 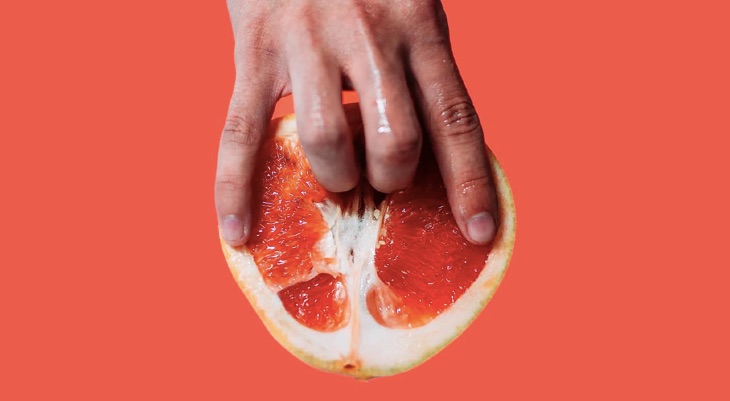