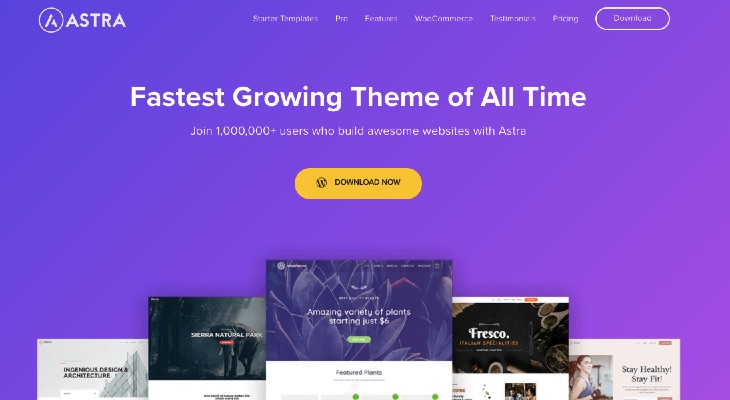 On August 7, 2020, WordPress announced the formal suspension of the Astra theme for five weeks. The popular CMS platform suspended the one-million-user-strong theme for allegedly violating prohibitions on adding affiliate links to themes.

Astra’s publishers denied the allegations. The requirement prohibiting affiliate hyperlinks was set in place by WordPress about eighteen months ago after discussions were held on the official Slack channel and weblogs.

The Official WordPress Warning and Suspension

According to reports from the Search Engine Journal, the Astra theme was removed from WordPress.org.

Eighteen months ago, WordPress asserted that publishers refrained from including affiliate hyperlinks in their themes when the trend began. And according to the statement issued, this wasn’t the first time WordPress had notified the publishers of Astra Theme of failing to comply with the rules.

Since an affiliate hyperlink allows individuals or organizations to profit from products, Astra authors would be benefiting from a free theme. WordPress theme publishers may publish upgrades, but not sell affiliate programs on free themes.

Astra Theme’s Response to the Suspension

Astra’s publishers, Brainstorm Force, denied adding affiliate links to the theme itself. However, they conceded to using third-party plugins to share a referral code. And since they weren’t any hyperlinks within the Astra theme, they asserted that they were complying with the platform’s rules.

Brainstorm Force admitted to using filters found in third-party plugins to pass the codes without adding affiliate links to their themes. The team also accepted that they weren’t sure if using the referral filters were against WordPress requirements. They agreed to remove it immediately and submit a new version if they contravened any rules.

Due to the suspension, more than one million Astra users would be unable to update their WordPress themes. Brainstorm Force announced they had released a new version without affiliate codes. According to the publishers, this new update complies with all WordPress rules.

However, that version could only be downloaded directly from Astra or their GitHub repository.

Following the formal suspension of the popular theme, Brainstorm Force has requested that WordPress lifts the suspension.

On August 10, 2020, WordPress reinstated the Astra theme and didn’t uphold the ban for five weeks as intended.

However, at the time of this reporting—three days after the suspension went into effect—the Astra theme has become accessible on the WordPress themes repository.

Some webmasters feel that cutting the suspension short will set a precedence for violating WordPress developer rules. Other commentators described the suspension of a theme used by over one million WordPress users as heavy-handed.

The reasons for reinstating Astra isn’t exactly clear. However, commentators in the WordPress developer community suggest that the size of affected WordPress users might have been the reason for this change.

Lifting the suspension on Astra is unlikely to set negative precedence as WordPress has suspended successful themes in the past. A few years ago, WordPress suspended Zerif Lite for five months after a two-week notification to correct their rule violations.

At the time, Zerif Lite was part of the top 100 themes on WordPress with more than 300,000 users. At the end of that suspension, Zerif Lite had lost 63 percent of its revenue; a full 13 points lower than they had predicted.

Is your host playing by the rules or playing against you?

Five weeks seems like a long period to wait for a new update if you’re an Astra user. Or maybe WordPress has changed its mind on this issue. Either way, make sure your hosting service isn’t one that takes the rules with levity.

Use our comprehensive guide on the best hosting platforms for WordPress. Check out their plans and server performance before deciding what works for you.

WordPress is a content management system that allows both professionals and casual bloggers to create and maintain a website with little or no coding knowledge. Initially launched in 2003 as a simple hosting service, this open-source platform helps users to create, manage, and modify digital content. Over 60 million websites use the WordPress CMS, including 33.6 percent of the top 10 million sites.