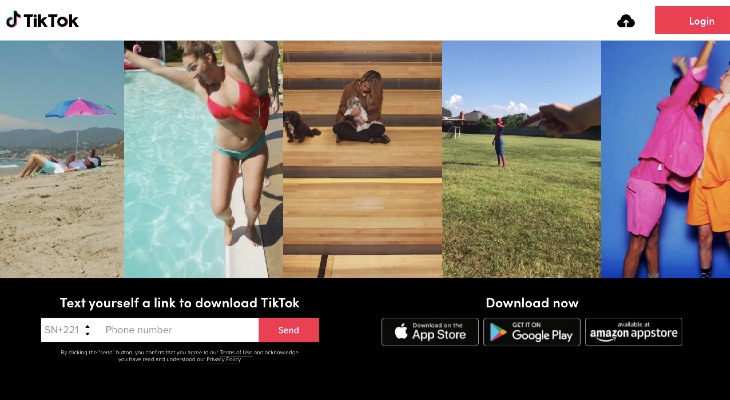 On October 27, 2020, TikTok announced a collaboration with the Canadian e-commerce platform, Shopify. This collaboration will allow brands and retailers to push their products to their online customers through “shoppable” videos.

Shopify and TikTok have been working behind-the-scenes to test the various social commerce initiatives ahead of their announcement. And despite its looming United States ban, TikTok has already made the product available to all retailers across the U.S.

TikTok has grown fast to become one of the three most downloaded apps on the app store. In the first quarter of 2019 alone, the app was downloaded 188 million times.

A Partnership That Offers In-App Campaigns and Safety

TikTok’s collaboration with Shopify indicates how invested the video-sharing app is to broadening its advertising ecosystem. As part of the deal, brands and merchants will be able to link to a TikTok for Business account and add a TikTok tracker to their store.

Since purchases will get done within the Shopify platform, transaction and buyer information will stay with the retailer rather than on the video-sharing app.

The Agreement and Expectations

Once installed, merchants will gain access to the TikTok For Business Ads Manager’s functions at their fingertips. Additionally, Shopify retailers can target their audiences across age, gender, user behavior, and video category, and then track the campaign’s performance over time.

However, each campaign’s cost would vary based on the retailer’s business objectives and how much they have to spend. Luckily, Shopify and TikTok will extend their alliance to other shopping features.

According to TikTok, it intends to begin testing new in-app features that’ll help users and intending customers find Shopify retailers and their products. Plus, these proposed in-app features will permit users to browse merchant’s products and shop’ directly through the TikTok app,” according to a spokesperson.

Shopify Inc. is a Canadian international e-commerce platform that allows retailers to build an online store where they sell their products. As of June 2019, the company reported more than 1,000,000 businesses in about 175 countries using its platform. The total gross merchandise volume surpassed US$61 billion for the calendar year 2019.

This Shopify review will be handy if you ever consider using the platform.

TikTok is a Chinese video-sharing social networking service launched in 2017 for iOS and Android. The app became a worldwide venture after merging with another Chinese social media service, Musical.ly, on 2 August 2018.

With TikTok, millions of users can create short music, dance, lip-sync, talent videos, and comedy for three to 15 seconds. Users can also create short looping videos of three to 60 seconds.